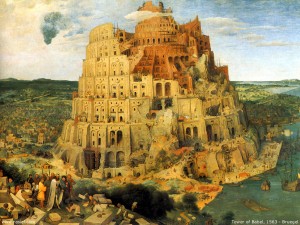 The origin of the task came from the idea of thinking what could be the language most adapted to speak in natural language with a computer. Esperanto was therefore considers, an artificial language officially born in 1887 for pleasure and thanks to the work of Polish Doctor Zamenhof, a passionate studier that wanted to develop a language purely international. From this Esperanto was adopted by a significant community of speakers that has now reahed 1,600,000 people in the world able to maintain a serious conversation in this language (See Esperanto on Wikipedia). The choice of Esperanto was thanks to its simplicity and regularity of its grammar that makes it easier for a informatics system to understand the structure of a conversation.

The project of the Ontology of Esperanto is proposed as one of the first attempts to produce a formal description of a non formal language for the use of innovative instruments such as ontology’s on the Semantic Web.

The objective is to construct an application that can make a computer understand the logical form of phrases of varying complexity expressed in Esperanto. From here you can imagine an application scenario in which the web becomes available for innovative services that can be interrogated by users using natural language, without having any experience using a language to interrogate databases.

Ontology’s are written in OWL-DL, a version of the language recommended by the W3C for the Semantic Web that permits automatic reasoning, using the ontology editor Protégé, developed by the University of Stanford (USA), and makes use of the possibility to connect the Racer Pro reasoner, produced by Racer Systems, to create classifications and validations automatically. The ontology’s in reality are three: one for the grammatical analysis, one for the logical analysis and one for the analysis of the sentence, where the highest level ontology refers to concepts at lower levels. In this way, once the various parts of the text is qualified at lower levels, the higher levels can be inferred deductively.